The effects of the pandemic: the anguish of young people in search of a new equilibrium

The effects of the pandemic: the anguish of young people in search of a new equilibrium

Overwhelmed by images of disease and real death, fear of infecting their loved ones: the psychic life of adolescents has been subjected to limitless stress in the pandemic. And their actual behaviors are far from the stereotype sometimes spread by the media: violent, reckless and careless. Guendalina Rossi, psychiatrist and psychotherapist - two professional studios, one in Florence and the other in Arezzo - tells us about their difficult reality of life and their invisibility, which stands out in the spiral of suffering that involved everyone.

Guendalina Rossi, what changes and what dynamics have you encountered in your work as a psychiatrist in these months of pandemic?

Our professional activity as psychiatrists reveals a sort of seasonal cyclicality. In general, the critical moments of the year can be placed at the beginning of spring, in autumn and in the Christmas period, when we witness an increase in mood disorders and consequently an increase in first visits. The two lockdown periods, those of 2020 and that of 2021, have disrupted this recurring "regularity".

Did people react differently in the first and second year of the pandemic?

The reactions were very different. In the first lockdown of 2020 in Tuscany we perceived a distant risk, an emergency that would be resolved, an exceptional circumstance that would end. “Everything will be fine” we repeated and the pandemic was faced with a vital spirit far superior to that of today. Children, particularly, seemed almost pleased to realize a hidden dream: school closed by law. Since September 2020, everything has changed. 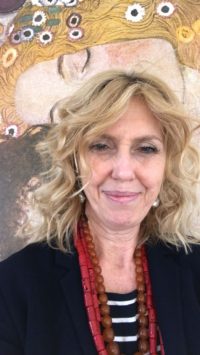 Has the surge in the pandemic caused terror?

Above all, I think that a new "normality" was perceived in which the virus became part of our life. Disease and death have begun to closely affect us. For all of us psychiatrists, the demand for first visits has been very high starting from January in particular. Personally, today I work 12 hours a day, even on Saturdays. Patients of all ages arrived. Adults aged 35 to 50 with anxiety problems, problems related to alcohol abuse, and difficulties in families forced to live together have worsened. But above all, we have witnessed a real surge in adolescent and pre-adolescent patients, I'm referring to an age group between 11 and 18 years old.

What were their first signs of discomfort?

The boys began to abandon online classes, with cases in which they even disappeared from the school scene by later refusing to attend school again. These young people, without a relational aspect with neither their professors nor with their peer group, felt they were "no longer seen".

Absolutely true. The boys were very anguished at the thought of infecting their parents and grandparents, and causing them to die. No one in the family bothered to ask them how they felt. Disease and death came before the eyes of adolescents, without filters, in all their drama. There was a widespread phenomenon of withdrawal from school, but also social withdrawal. Their discomfort has sometimes exploded in dramatic ways with symptoms related to self-cutting, eating disorders, depression, anxiety. And unfortunately, we also have to record a significant increase in suicide attempts.

How can family, school intervene in these situations of fragility?

The bewilderment of these children could be an opportunity to talk to adults, it could represent an opportunity for growth. Pre-adolescence and adolescence become high-risk periods if the evolutionary stages fail. That's why family, school, agencies that take care of their sociability must pay a great deal of attention to them. In school, particularly, a crisis has emerged that was already latent before the pandemic and it is absolutely necessary to intervene.

What are the symptoms which should warn parents?

Warning signs to be seen are "psychosomatic complaints" such as recurrent headaches, stomachaches, exhaustion. From a behavioral point of view, neglecting school, peer contacts, and staying at home. The first thing to do is to talk to them. Understand what is happening, what thoughts they are having. And then also turn to a psychologist or a psychotherapist. These figures are a taboo for adults, but not among children who often have an inner world that they do not want to share with their parents, but nevertheless manage to open up to an expert.

How can we get out of this crisis?

This crisis was a profound change that forced us to acknowledge reality. From an evolutionary point of view, there is great potential to open up and build a new equilibrium, better and more functional. The kids are already doing it.