by Annalisa and Matteo Pinciroli

The first "Training course for patients expert in hereditary myocardial diseases" aimed at patients from Northern Italy was held in Milan on 28 October 2022. The course, spread over the whole day, was held in the Aula Magna on the eighth floor of the Auxologico San Luca hospital. The course was provided free of charge.

Over 50 participants - including patients and family members of patients - actively participated, subsequently sending numerous letters of thanks. The various social activities organized during the event made it possible to maintain informal relationships and collect the availability of some new AICARM members on future associative support activities. There were numerous requests for affiliation to AICARM both before and during the event.

At the opening of the course, Prof Franco Cecchi (AICARM president) and Professor Lia Crotti, director of the Cardiomyopathies Center of the San Luca Auxological Hospital, focused their speech on the anatomy of the heart and the different forms of cardiomyopathies, followed by geneticists who illustrated genetic analysis and the value of counseling. The afternoon saw presentations on diagnostic tests, pharmacological therapies and surgical options (including pacemaker and defibrillator implants), psychological support, rehabilitation and recommended physical activity. The doctors who collaborate with the Cardiomyopathies Center are teachers, including Dr. Guendalina Rossi, a psychiatrist who has been involved for many years in assisting patients with cardiomyopathy in Florence and Arezzo. Luca Limonta intervened on the side of the patient or family members (a patient who the next day would leave to complete the journey to Santiago de Compostela for the third time) and Annalisa Gebbia and Matteo Pinciroli, who brought the experiences of patients, the EUPATI training carried out by Annalisa Gebbia and the international activities of AICARM.

Since last summer, AICARM and the Italian Auxological Institute of Milan have signed an agreement, which was given ample prominence in the AICARM newsletter of July 2022. Auxologico is a non-profit foundation recognized as a Scientific Hospitalization and Care Institute (IRCCS) since 1972, with 18 hospital, diagnostic and outpatient facilities in Italy (Lombardy, Piedmont, Lazio) and Romania working in close synergy and connection. The Cardiomyopathies Center of the San Luca Auxological Hospital is directed by Professor Crotti, with the clinical and scientific advice of Prof. Cecchi. 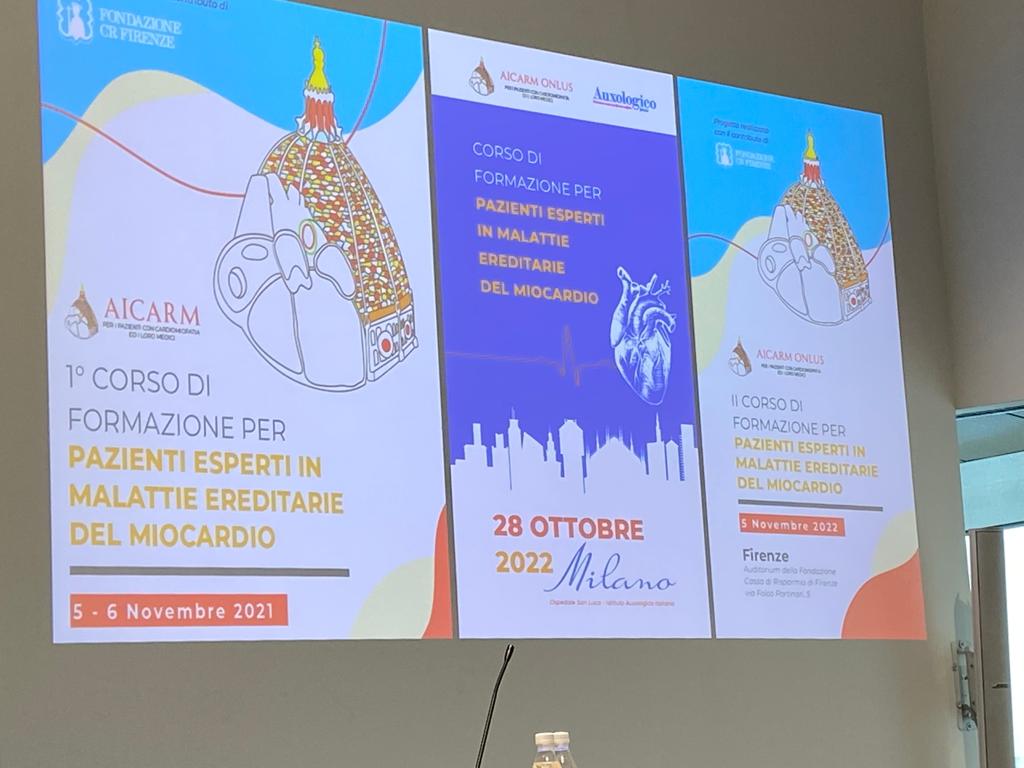